The recent energy price crisis once again put in the spotlight the issue of the EU’s dependency on the import of natural gas. In 2019, the EU’s energy import dependency rate was 62% (up from 56% in 2000). In this regard, gas import dependency reached a record high of 89.5 % in 2019, with Russia providing 42% of imported gas. Such extreme exposure magnifies not only the market risk of price volatility from global markets which we are currently experiencing, but also vulnerability to geopolitical risks related to the reliability and potential weaponization of this supply dependency by third countries. This situation will be only worsened by the construction of mammoth gas infrastructure projects, like Nord Stream 2, which was questioned by the European Commission and consistently opposed by the European Parliament.

The high share of gas in the power mix of the EU has transmitted the extreme price increase in this commodity (a 400% increase since April 2021) to the wholesale electricity price (a 200% annualized increase). According to recent analysis of  S&P Global the cause of this problem is not temporary, it is structural, and there are no solutions that would solve the supply – demand gap anytime soon. ACER similarly predicts that the extremely high prices of energy will persist for the coming winter season.

This situation poses a number of challenges. The most obvious one is the rising energy bills for EU citizens, which will increase rates of energy poverty. This creates a risk that widespread resentment and feelings of injustice could easily be translated into political turmoil and backlash against ambitious climate policies as it happened in Bulgaria in 2013 or France in 2018. The indirect problem of an energy prices hike is exacerbated by inflation which may further endanger the economic situation for many people. If during the coming heating season, gas is not available on the market, there could be dire consequences for millions of people in the EU dependent on gas heating.

The solution is to break the vicious cycle of dependency on natural gas which can be achieved by incentivising a faster transition towards an energy mix based entirely on a diverse range of locally produced renewable energy technologies. In this regard, bioenergy can provide a stable and clean baseload to balance the intermittency of other renewables like wind and solar PV. Bioenergy is a ready and affordable solution to decarbonise the heating consumption in the residential and industrial sectors. Prices of pellets in the EU, are on average 40% cheaper than gas, and 4 times lower than the latest electricity prices. Crucially, bioenergy is the only energy source covered by sustainability criteria by law, which maximizes its positive impacts on nature and mitigation of climate change. 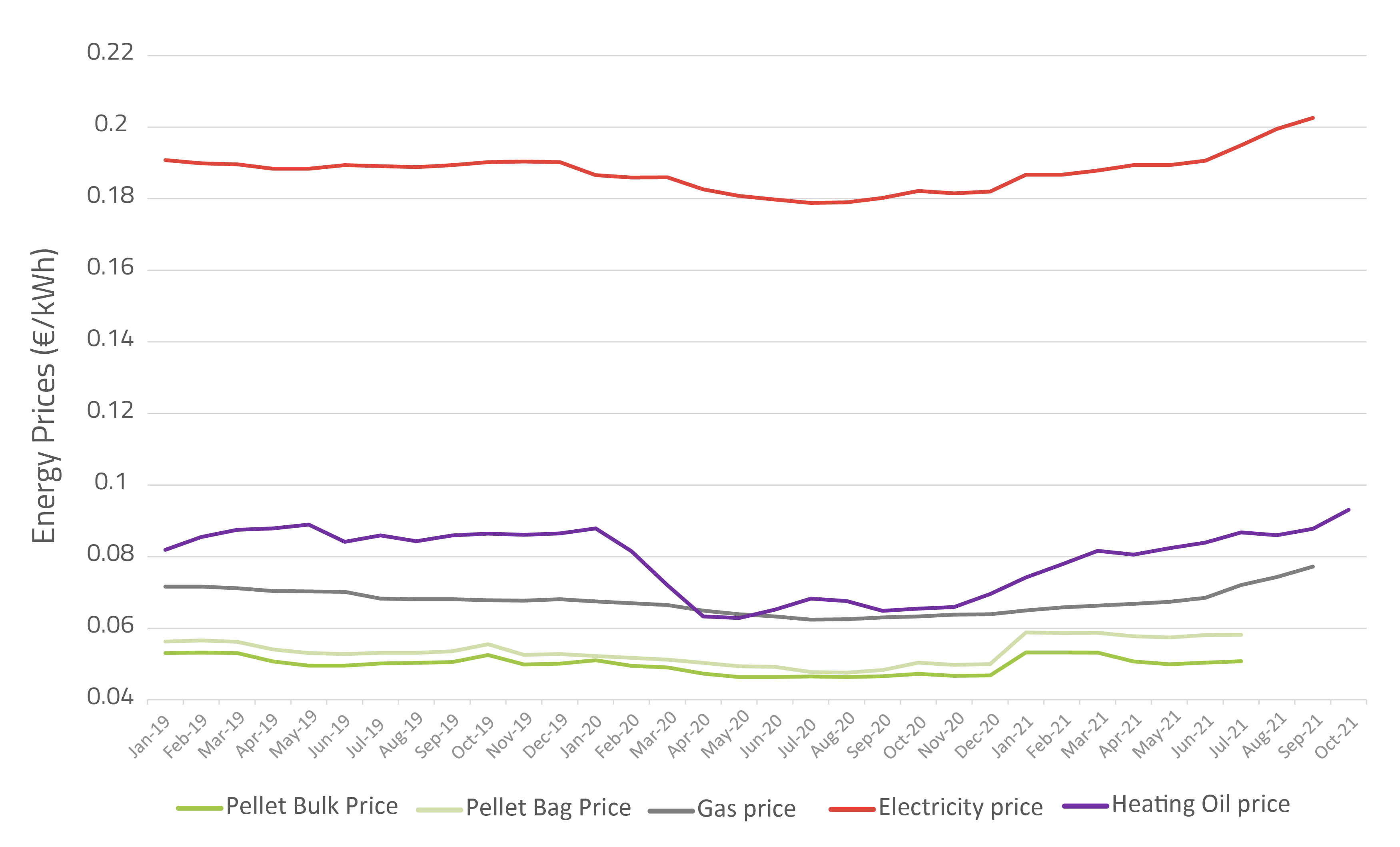 The price of sustainable biomass has remained stable during turbulent covid slowdown and economic recovery periods. The overwhelming majority (over 95%) of sustainable biomass used in the EU is locally sourced, which not only reduces energy dependence, but also contributes to the EU economy while reducing GHG emissions and contributing to the development of local economies. Data prove, that biomass is to the large extent shielded from the global commodities price fluctuations.

To effectively deliver all these benefits, the transition towards a renewable energy mix requires a stable regulatory framework. Unfortunately, this has been markedly absent with regards to the bioenergy sector. The considerable delays in the publication of the operational guidelines on sustainability of forest biomass and delegated acts on voluntary certification schemes by the European Commission have made it impossible for Member States to smoothly transpose the Renewable Energy Directive. Finally, the new proposal presented in the REDIII shows a far-fetched revision of the sustainability criteria which does not respect the market realities and the administrative capacity of Member States to transpose new rules. This is revision is premature and will be harmful for a sector that crucially contributes to decarbonize the EU’s economy, foster energy independence, and decrease the energy poverty.

*Note: for the period JAN 2021 – OCT 2021, data on pellet bulk and pellet bag consumption and price were available for Austria, Czechia, Germany, Spain, France, Latvia and Slovakia. The weighted average presented in the graph is calculated based on data from these countries

Thank you for subscribing to our newsletter. You have been added to our distribution list.